Getting a Medical Marijuana Card is an intricate process, and not having one is certainly a trouble situation. Manual procedures are certainly not everyone’s cup of tea. It takes a lot of hard work. Apply for an MMJ card online with San Diego 420 evaluations and receive your legal right starting @ just $55.

How to Get a Medical Marijuana Card in San Diego?

Start the process of obtaining a California Medical Marijuana Card by selecting a package and applying online with an evaluation form, including your personal and medical details. Don’t forget to mention the need for having access to Medical Marijuana.


Connect with the mmj doctors for further evaluation. Be honest while communicating with the doctor, and feel free to ask any questions.


Once approved by the mmj doctor, receive your digital copy of the recommendation via registered email.

A valid Medical Marijuana Card protects the patients from getting into legal issues and gives access to the state legislature’s following benefits.

You don’t need to carry the heavy files of certifications and documents to get a legal right for accessing Medical Marijuana. Just stay prepared with the soft copy of the following documents, and you are all set to go with the California Medical Marijuana Card’s application process. 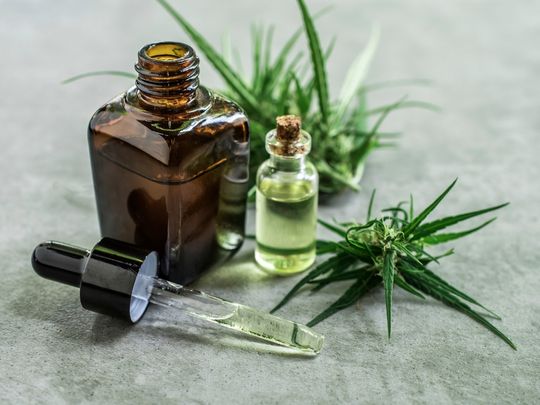 Approved in 10 Minutes or Less

We provide instant approval for our patients, and it hardly takes 10 minutes to get your MMJ Card in digital format by Email.
}

Our services are available for 24 hours to verify you for your medical marijuana card in which you can contact us through live chats and calls.


We provide a very simple and instant process to get your MMJ Card, in which you need to fill the form, and you will receive your approval from the licensed physician the same day.


Your medical marijuana card recommendation is valid for one year after getting approved.


We provide secure and private services to our customers, as your data is always kept confidential as per HIPAA.


We provide instant access to the patients so that they can buy medical marijuana by the same day of approval.

Here are the Packages We Offer. You can choose as per your requirements.

Post-approval, Receive the digital copy of your Medical Marijuana Card in just 30 minutes

24 X 7 verification through email or call

Valid for one year

Delivery at Your Doorstep

Receive your digital copy of your Medical Marijuana Recommendation in just 30 minutes, post-approval.

Receive a Growers license that permits to cultivate up to 99 plants and acquire 8 ounces of medical Marijuana.

24 X 7 verification through email or call

Valid for one year.

San Diego County has realized the role of Medical Cannabis in treating several health conditions and has passed a list of qualifying conditions based on its positive impact. This includes:
N

Being an essential part of California, San Diego is no different from obeying the state legislature’s rules. A patient with a valid ID number or a Medical Marijuana Cardholder permits the patients with various rights. As medical and recreational Cannabis is legal in California, several rules are passed that a patient must follow.

No patient limit is specified in California, but a patient may possess the amount an mmj doctor recommends. However, to be précised, it is necessary to note the amount of medical marijuana a patient can acquire. A Cannabis patient can carry up to 8 ounces of marijuana.

A minor patient or a disabled can appoint caregivers that possess and purchase the Medical Marijuana on the patient’s behalf. Apart from possession only, caregivers can cultivate an allowable amount of marijuana reasonably associated with the medical requirements. In California, a caregiver may apply for an MMIC card but also need not do this necessarily.

All about Medical Marijuana in San Diego!

San Diego is the second-largest city in California that is known as the birthplace of California. With the passing years, the use of Cannabis took its peak to treat several debilitating health conditions. The year-wise history of Marijuana use in San Diego includes:

1. In 1972, California state became the first state to argue for the legalization of Medical Marijuana to vote on a ballot. Proposition 19 has legalized the consumption, cultivation, and possession of Medical Cannabis but not commercial sales.

2. In 1996, Medical Marijuana laws came into effect with Proposition 215, also known as the Compassionate Use Act of 1996. This act protects the patients and caregivers with a legal recommendation from marijuana doctors. With this act, California became the first state to legalize the use of medical marijuana for medicinal purposes.

4. In 2004, The Medical Marijuana Program was established by the California Department of Health Services to facilitate the registration of qualified patients and their caregivers.

5. In 2016, the Adult use of Marijuana Act passed, known as Proposition 64, with 57 percent of voters legalizing the use of recreational Cannabis.

6. In 2019, amendments passed, allowing the state-licensed dispensaries and retailers to provide Medical Marijuana for free to qualified patients who cannot access marijuana for some reason.

7. In 2020, Governor Newsom issued an executive order extending the validity of MMICs in the face of COVID-19.

1. What are the qualifying conditions required to get a Medical Marijuana Card in San Diego?

2. How much does a Medical Marijuana Card or a valid recommendation costs in San Diego?

Obtaining Medical Marijuana Card with My 420 evaluation is very reasonable and pocket-friendly. Obtain the legal recommendation and Medical Cards in just

3. How to Get a Medical Cannabis Card in San Diego?

To get a Medical Cannabis Card in San Diego, you don’t need to bother with the manual procedures. All you need to do is apply online for a Medical card with My 420 evaluations from the comfort of your couch. Get evaluated by the licensed medical doctors and receive your Cannabis card via email in just 15 minutes after getting approval for your debilitating condition.

4. What are the possession and growing limits of Marijuana in San Diego?

A Marijuana patient can possess and transport up to eight ounces of dried Marijuana and grow six mature or twelve immature cannabis plants in personal space.

5. Why get Medical Cannabis Card in San Diego when Recreational Cannabis is legal?

Although recreational cannabis is legal in San Diego, it is still worthy to obtain a legal right to have access to Marijuana. As with a valid medical card, you can have access to several other privileges as well. This includes possession of more than one ounce of Marijuana, cultivation of more than six cannabis plants, save money on taxes, and many more.

6. What is Grower's Recommendation Card?

Well, to the grower’s surprise, it is like a golden ticket to cultivate Marijuana legally. It allows growers to grow up to 99 plants for personal use. It is also essential to verify your local area for more details about what permissions are allowed for growing. A grower’s card gives you the legal right to grow Marijuana as much as you require, but you cannot sell Marijuana without a specific license.

7. Can someone track me down through the state registry?

8. Will my information get shared on other databases if I apply for a medical card online?

9. What will lead to losing my Medical Cannabis Card?

San Diego has passed a few conditions that may cause the patient to lose their medical recommendations. This includes:

10. How do I get my San Diego Medical Marijuana ID card?

Getting a Medical Marijuana Card in San Diego is an intricate process, but My 420 Evaluations has tried making it easier for you by providing legitimate services online. Getting a Medical Marijuana Card with My 420 evaluation is a three-step process that includes the beginning of the application process by scheduling an appointment. Fill up the online evaluation form and get connected to a Medical Doctor to evaluate the need for having access to Marijuana. Once approved, receive your card through email at cost-effective prices.

11. Can I apply for my Medical Marijuana Card online? Will it acquire the same importance?

Yes. Telemedicine services are legal in San Diego, and whether you acquire a card online or manually, both have equal importance. Several online service providers will help you get a Medical Marijuana Card or a legal recommendation from the comfort of your home. My 420 evaluation is a well-admired stop for serving the same purpose to the patients in need of online legal services.

12. What are acceptable forms of San Diego residency proof?

13. Can I grow Medical Marijuana if I have a valid card and a legal recommendation from Medical Doctor?

14. Do I have to be a resident of San Diego to receive the Marijuana treatment?

San Diego offers protection and benefits to marijuana patients and caregivers. All the privileges and protection are accessible only if the patient is a resident of the county and must obtain a legal recommendation from a state-licensed medical doctor.

15. Can I become a caregiver in San Diego?

To become a caregiver, an individual must be at least 21 years of age and must be mentioned on the patient’s form as a caregiver. A minor patient must have a caregiver all the time. The caregiver must show legal identity and residential proof.

16. How can I assign a Caregiver in San Diego?

A minor patient or a patient with some disability can assign a caregiver to access Medical Marijuana on the patient’s behalf.

17. Where can I buy Medical Marijuana in San Diego?

A patient with a diagnosed debilitating condition with a legal recommendation can purchase Medical Marijuana from the state-licensed dispensaries.

18. My San Diego Medical Marijuana Card has expired. How do I get a renewal?

A patient must submit a renewal application and renew their medical cards before the expiration date mentioned on the card. A patient can acquire the card renewal services from My 420 evaluation and access all the legislature’s legal protections.

19. Can I take my marijuana medicines to a different state?

Traveling with Medical Marijuana to a different state entirely depends on the state you are planning to visit. If the state allows the card from other states to be valid, you can take the Medical Marijuana in a locked or sealed jar, but if the state doesn’t allow reciprocity, you may be liable for the legal troubles.

20. Can I use Medical Marijuana Anywhere in San Diego?

Get a Medical Marijuana Card