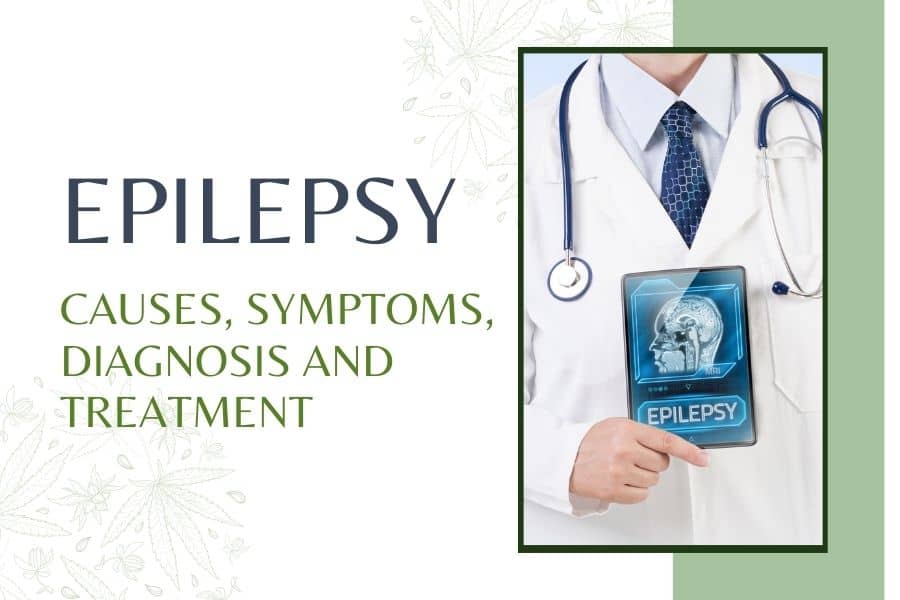 Epilepsy is a medical condition that refers to a central nervous system or neurological disorder where the brain activity becomes abnormal and leads to causing seizures. You can say that period of unusual behavior, loss of awareness, and sensations.

Epilepsy can affect both females and males of all races, ages, or ethnic backgrounds. We can say that anyone can develop Epilepsy. However, the seizure health conditions’ symptoms vary widely. Some patients with Epilepsy stare blankly for a few seconds while the occurrence of seizures, while some repeatedly twitch their legs or arms.

Experiencing a single seizure doesn’t indicate that the patient has Epilepsy; at least two or three unprovoked seizures are generally essential for an epilepsy diagnosis. Medications or sometimes surgery can control seizures in most patients with Epilepsy, and some may require lifelong treatment with drugs to control seizures.

A mild seizure can be challenging to recognize, and the intense seizures can also cause uncontrollable muscle cramps and spasms and can also last for a few seconds to several minutes. While experiencing a stronger seizure, some patients get confused, and some may lose consciousness. However, there may be several reasons for the occurrence of the same.

What are the reasons for the occurrence of Epilepsy?

The possible causes may include:

What are the symptoms of Epilepsy?

Seizures are Epilepsy’s main symptom. The health condition symptoms may vary from person to person and based on the type of seizure. The types may include:

A partial seizure doesn’t include the loss of consciousness. The symptoms of the type may include:

The complex partial seizures include loss of consciousness or awareness. The other symptoms of the type may include:

What triggers an epileptic seizure??

Though, identifying the triggers is not easy. A single incident does not always indicate a trigger. A trigger is a combination of factors that may trigger the seizure.
The best way to find the triggers is by keeping a seizure journal. After each trigger, note down some essential details, including day, time, what activity you were involved in, unusual stressors, and many more.

How can Epilepsy be diagnosed?

If you suspect that you have experienced a seizure, you should see a doctor as soon as possible. An episode can indicate a severe health issue. Your symptoms and medical history will help your medical doctor recommend the test that will be helpful for the health condition’s diagnosis.

However, the blood tests may be used to check for

Electroencephalogram (EEG) is one of the most common tests used in diagnosing a health condition. The imaging test can help reveal the tumors and some other abnormalities that lead to seizures. These tests might include:

How Epilepsy can it be treated?

The epilepsy treatment is based on the symptoms severity, patient’s health, and how well the patient responds to the treatment.

A few treatment options include:

The primary seizure treatment is anti-seizure medications that can help reduce the severity and frequency of seizures. However, they cannot stop the attack, and neither is it a cure. These medications can be absorbed by the stomach, and the medicines can pass through the digestive tract of the patient and leave the body through urine.

The common epilepsy medications may include:

These medications are generally available in injectable, tablet, or liquid forms, and a patient must start with the lowest dose possible.

However, some potential side effects may include:

Epilepsy health conditions and persistent seizures are interconnected medical issues. Medical doctors commonly prescribe the medicines mentioned above. But due to the potential side effects and heavy dosages, patients seek relief in natural remedies. Natural remedies can also help improve the patient’s health and keep them out of their health conditions.

However, the research is still going on to check on the new medications to treat the health condition. But do you know that a natural remedy can help in relieving the health condition’s symptoms? We are sure that you are unaware of its name. If you want to know the name of the natural remedy, then stay connected as we will reveal the name in our next blog. Till then, stay connected.