How Can Medical Marijuana Be Effective For Epilepsy ?

Home » Blog » How can Medical Marijuana be effective for Epilepsy?
Written By Darren M. Jorgenson.
 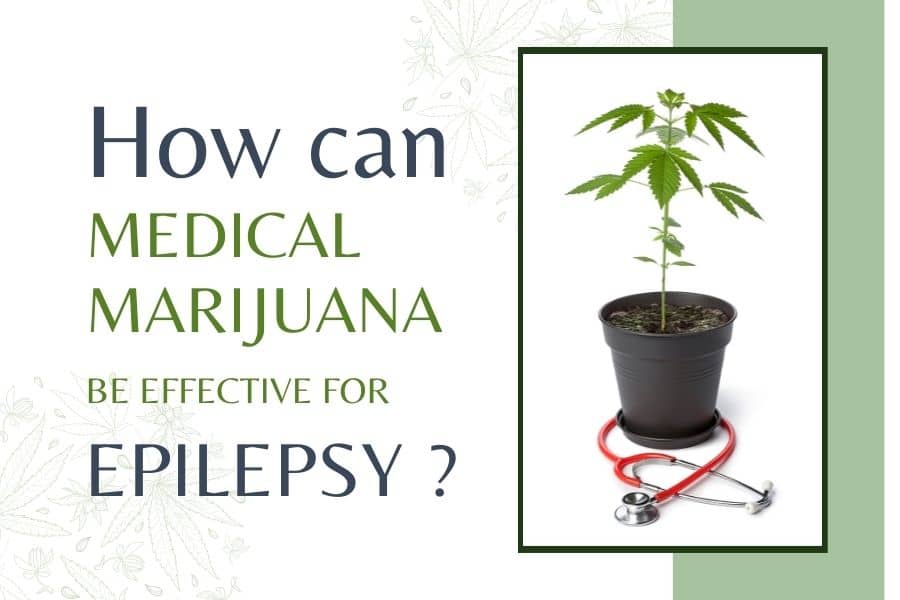 Epilepsy is a common neurological disease, and almost one-third of the patients with epilepsy have seizures.

The clinical trials and research focus on various drug treatments to handle the health conditions the right way.

Abnormal electrical activity in the brain leads to seizures. A seizure disorder refers to a sudden and unrestrained electrical disturbance in a patient’s brain that leads to consciousness levels and behavioral changes. Episodes are challenging to diagnose in some patients due to their hidden symptoms.

Medical cannabis treatment to deal with the debilitating health condition has been used since ancient times and is considered an effective way to handle hard-to-treat seizures. The marijuana plant’s active ingredients are delta-p-tetrahydrocannabinol (THC) and Cannabidiol (CBD), deemed safer and adequate in treating the seizures with less adversely psychotropic effects.

Though medical Marijuana has received a lot of attention in the past few years and still the research on the remedial plant is growing. The plant’s therapeutic properties have been used since ancient times; the query remains on the top of whether the curative plant can help treat the health condition right from the researcher’s point of view.

Though, the research is still ongoing on analyzing the real factors. Recently FDA has approved the drug, namely Epidiolex comprising CBD, as an effective treatment for patients with hard-to-treat seizures. So, here comes the direct link between the both. As we all know, the Marijuana plant is rich in CBD, and with the CBD intake, the patients had a significant drop in seizures after taking the drugs.

Wondering how the Medical Cannabis word on the health condition? Let us dive into the concept to get an answer to it.

Medical Marijuana Is Not A Medicine, It Is A Herb That Helps In Reducing Seizures.

How does Medical Cannabis work on Seizure Disorders or Epilepsy?

THC and CBD lie under the same substance group known as cannabinoids which bind to receptors within the brain and are helpful against the pains concerning several debilitating health conditions. CBD also works on several other signaling systems within the brain and has protective and anti-inflammatory properties. As per the research studies, CBD is found an effective way of treating seizures.

The marijuana plant and its constituents are getting so much attention, and the idea of using it to treat Epilepsy is indeed at the peak. Even the researchers are confirming the effectiveness of medical Marijuana.

In Washington DC, as per the research presented at the 67th Annual Meeting of the American Epilepsy Society, patients with Epilepsy were given Medical Cannabis and reported the Medical Cannabis treatment’s effectiveness for their seizures and mood disorders.

Additionally, 16 patients reported enhanced sleep quality and appetite, and all the patients reported an enhancement in their general well-being. Dr. Ladino said that because of the simultaneous use of other anti-seizure medicines, it is hard to calculate approximately the real effect of Medical Cannabis on epilepsy patients.

The marijuana plant and its constituents can be the effective key to relieve seizures in numerous patients. A few modern medications also are acquainted with Marijuana’s potential and its efficiency in treating seizures. Epidiolex is a modern medicine containing CBD to treat Epilepsy and seizures. The research studies on associating Medical Marijuana with seizures or Epilepsy come up with the benefits of CBD and its effectiveness over the psychoactive THC constituent. However, In several studies, CBD was consumed alongside the conventional anti-seizure medications, with the combination ensuing in the improvement of seizures.

Cannabinoids can also help treat Epilepsy by binding to specific brain receptors known as CB1 and CB2. These receptors slow down the release of neurotransmitters such as glutamate that stimulate the central nervous system and may result in seizures. Some research experts also suggest that cannabinoids may make the anti-seizure medications more effective and boost the concentration of some anti-seizure drugs such as clobazam in a patient’s body.

However, a patient must not self-medicate seizure disorder with Medical Marijuana. Consuming Medical Marijuana with some other psychoactive drugs may raise the seizure risk. Therefore, it is highly recommended to count on medical marijuana treatment with a medical doctor’s recommendation only.

Despite the advantages of Medical Marijuana on seizures, there are some risk factors that a patient needs to consider. A patient must consume Medical Marijuana with a medical doctor’s recommendation only. Self-medicating Marijuana can be a significant point of risk for the patient and put their lives in real danger. Several factors need to be taken care of that includes:

1. Fill up your details in an easy 420 Evaluations form.

2. Get Evaluated by a Local MMJ doctor After Online Submission.

3. Get Approved and Receive your Recommendation In Your Email.

Looking To Apply For A Medical Marijuana Card? 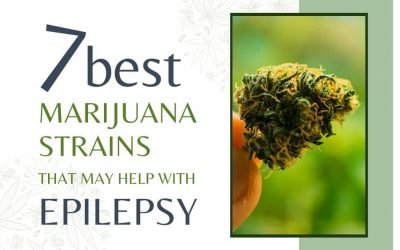 7 Best Medical Marijuana Strains That May Help With Epilepsy 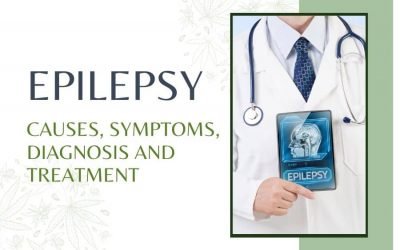 Epilepsy Causes, Symptoms, Diagnosis and Treatment    Written By Darren M. Jorgenson.Table of Content Introduction What are the reasons for the occurrence of Epilepsy? What are the symptoms of Epilepsy? Partial or Focal Seizures! Complex...

Stay Up to Date With The Latest News & Updates